If you think clear aligner treatment started with Invisalign®, you wouldn’t be the only one under that assumption. Invisalign is a clear (pun intended!) market leader and an example of a brand name synonymous with the product. Believe it or not, the concept of clear aligners dates back to the 1940s! And it evolved over the decades to develop into the removable appliance we know it as today. Let’s take a look at the history of clear aligner treatment and how it became more popular in the digital age.

Even decades ago, aligners had enormous potential. It started with Harold D. Kesling, who developed the first non-metal removable appliance for straightening teeth in 1945. Made of rubber, the “Tooth Positioning Appliance” enclosed both teeth quadrants – akin to a mouthguard. This appliance made final, mild tooth corrections and served as a finishing effect for braces to speed up the treatment time. In addition, the Positioner served as a retainer after removing braces.

The Evolution of the Tooth Positioner

Researchers in the 1960s built upon Kesling’s idea. Next, they developed the first clear plastic contoured appliance to make minor tooth movements. Other discoveries also came about during this time. This included the idea that appliances would be used as a series of progressive tooth movements and providing a new vacuum-formed retainer for each step. By the 1970s, orthodontists used a vacuum-formed clear plastic appliance for finishing and orthodontic retention. By the 1980s, flexible silicon replaced the plastic material. 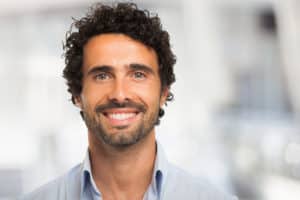 The Decade of Clear Aligner Treatment

The 1990s was the decade that brought us the clear aligners as we know them today. In 1993, John Sheridan introduced an aligner system known as the Essix, a series of vacuum-formed overlays used for tooth movement. Today, the Essix is still used as a predominant retention method. However, it was 1997 when two Stanford University students, Zia Chishti and Kelsey Wirth, took the clear aligner system mainstream with Invisalign. They merged the aligner therapy concepts developed over the years with 3D computer imaging technology that could incrementally move teeth in a very discreet way. Using the computer-aided model from a single impression made the Invisalign system easily replicable. It also removed the time-consuming process of getting an impression every time a new aligner was needed.

As more people want a discreet orthodontic option, demand and competition have grown in the clear aligners space. In 2019, the global clear aligners market size reached $2.2 billion. It is expected to grow at a compound annual growth rate of 23.1% from 2020 to 2027. In addition to Invisalign, many other clear aligner brands have come to market, including SmileDirectClubTM, CandidTM, Byte®, and SureSmile®.

Clear aligner treatment has come such a long way over the years. And it can be an effective and discreet treatment option for many patients! Of course, aligners are a big commitment so they may not be the right fit for everyone. Brushing after eating and wearing aligners for at least 22 hours a day is a must to ensure success.

At ALTA SMILES Orthodontic Centers, patients have multiple clear aligner choices including SureSmile and ALTA Aligner Therapy. Both are more competitively priced alternatives to Invisalign. With SureSmile, the material used is clearer than some other options. In addition, our orthodontists can continually refine the treatment plan as you progress through the trays with the software. After a full digital scan, our orthodontists carefully evaluate all options and customize every treatment plan to the patient.

Do you want to explore how orthodontic treatment can get you a perfect smile? Contact us today for a free consultation.